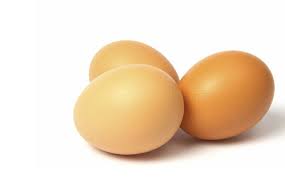 The poultry sector faces an out-and-out fight for survival if avian influenza was ever to take a hold on farms across Scotland – that’s the stark warning from NFU Scotland’s poultry working group chair, Robert Thomson.
He told The Scottish Farmer this week that it faced ‘a wipe out’ if more measures are not put in place to slow the spread of the disease. Mr Thomson said: “If it keeps going as it is, it is going to be a wipe out. We were up to 105 cases in the UK last night since the start of October. We need a housing order for our birds as part of a package of measures to increase biosecurity.”
And it is already in Scotland. The highly pathogenic avian influenza H5N1 has been confirmed at Turriff and Huntly, in Aberdeenshire; Coalhall, in Ayrshire; and Grimbister and Tankerness, in Orkney. A protective zone has been set up surrounding all those premises, plus there is a surveillance zone at Great Bernera, Isle of Lewis. There have also been cases in the wild bird population reported in across the Highlands and Stirlingshire.
At the start of this week England imposed a housing order for all poultry but Scotland, Wales and Northern Ireland did not. Mr Thomson is pleading with the Scottish Government to copy England in setting up a housing order to keep all poultry indoors.
“We are just not getting through to Scottish Government. It is not just the housing order, but it is an important step in a package of measures to fight the disease. The birds should be housed to keep away from the wild population, but the government is going off at a different canter. The industry is horrified.” Source: Poultry sector faces ‘a wipe out’ if bird flu takes hold | The Scottish Farmer