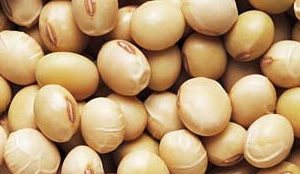 BEIJING, CHINA — With increasing demand from the swine and poultry sectors, China imported a record 99.8 million tonnes of soybeans in 2020-21, according to the Foreign Agricultural Service of the US Department of Agriculture (USDA). Imports in 2021-22 are expected to reach 101 million tonnes. The US share of China’s soybean imports rebounded but were still less than 2016-17 levels. Soybean meal imports are limited due to adequate domestic supply and have remained generally stable at 1 million tonnes.
Growth in the aquaculture sector is increasing demand for fish meal. Fish meal imports are forecast at 1.65 million tonnes, the USDA said, up from 1.43 million tonnes in 2020.The swine sector accounts for 40% to 45% of China’s corn consumption, the USDA said. The live pig inventory in September was up 18.2% from the same time a year ago.
Meat production has increased to 64.28 million tonnes in the first three quarters of the year, up 22.4% from a year ago.China’s soybean production is estimated to decrease to 19 million tonnes from 19.6 million tonnes in 2020-21, reflecting a loss of planting area to corn production. Production estimates are based on a planted area of 9.6 million hectares, a decrease of 2.7% compared to last year.