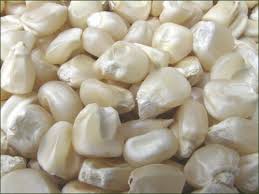 The first shipments of Argentine corn have begun to arrive in Brazil to where a national crop failure, record high prices and high demand from the meat industry has made companies such as BRF Brasil Foods SA and JBS SA turn to imports. Reuters reports that a shipment of about 35,000 tonnes landed at the end of May at the port of Paranaguá and a second shipment of about 30,000 tonnes arrived in Rio Grande in the middle of last week, according to the maritime agency Cargonave.
Another four ships should dock this month, Cargonave said. “Ships have already arrived and they have been unloaded. There are also imports of wheat, not just corn, for animal feed,” said Ricardo Santin, president of the Brazilian Animal Protein Association (ABPA), in an interview.
Prices of feed for produce pork and chicken have risen steeply, he said. JBS, the giant of the meat sector, is receiving a ship with 30,000 tonnes of Argentine corn in the port of Imbituba, the company said in a statement emailed to Reuters.
BRF, the world’s largest poultry exporter, confirmed to Reuters that it was importing Argentine corn, but declined to provide details. Cooperativa Central Aurora Alimentos, Brazil’s third-largest meat processor, said it was studying purchases from Argentina but has not done so yet. All in all, Brazil is expected to import 191,000 tonnes of Argentine corn by ship in June, almost double the 103,000 tonnes purchased last year, according to the Agriculture Ministry.
In the first four months of this year, Brazil already imported 758,000 tonnes of corn, up almost 70% from the year-ago period, almost entirely bought from Paraguay and shipped across the border by truck. The imports are expected keep growing during the year, even though the second and largest Brazilian corn crop harvest is about to pick up speed. Source :www://thepoultrysite.com.news: Brazil’s imports of Argentine corn start to arrive | The Poultry Site