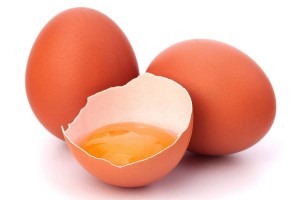 With poultry imports into Namibia banned amid bird flu outbreaks in numerous European countries, the country’s largest poultry producer has called on the poultry sector to show that it can be self-sufficient. Namibia has been steadily increasing local poultry production over the last 5 years with significant growth specifically seen with small and medium-sized enterprises (SMEs). Recent outbreaks of highly pathogenic avian influenza (HPAI) in some European countries have resulted in the suspension of live poultry, birds, and poultry products into the country. The country’s largest poultry producer, Namibia Poultry Industries (NPI), has called on all poultry producers in the country to use this opportunity to show that Namibia can be self-sufficient and meet total local demand. Supporting local has never been as important as it has been right now, according to International Trade Specialist, Arwil Viviers. Photo: Andriyko Podilnyk
“Luckily, Namibia has its own, functioning poultry industry and is not completely reliant on imports. Local production should see an increase, which is positive for the current economic situation,” said International Trade Specialist at NPI, Arwil Viviers, adding that Namibia is one of the most effective and efficient poultry producers in the Southern African Development Community region. “So, the local producers should keep the faith, continue to operate and provide the Namibian public with chicken products and create jobs by doing so,” he said, reported the New Era.
Viviers continued that the import ban along with the Covid-19 pandemic has shown how important it is to have local industries, not only for food security but also for the economic security of the country. “Seeing the Avian Influenza outbreak in Europe should make us think why we consume products from those countries in the first place when we have the same products being produced right at home by our own people? Supporting local has never been as important as it has been right now.” Source: https://www.poultryworld.net