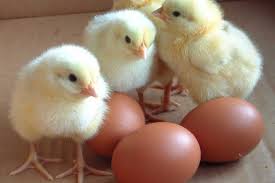 The Greater Accra Poultry Farmers Association is calling on the government to introduce a quota system that would mandate retailers of poultry products to sell local produce. The association believes this would help grow the local poultry industry and make them progressively competitive.

As of 2019, Ghana is reported to have spent over 300 million dollars on the importation of poultry products. President of the Greater Accra Poultry Farmers Association, Michael Nyarko-Ampem stressed that the local poultry industry can only thrive with government’s commitment and interventions.

“What we propose and will continue to propose is that let’s say we import about 200,000 metric tonnes of broiler meat, the government should say that for the year 2021, if you import 70%, purchase 30% from the local market. So import permits are given for 70% after that no import permit is given again, so they are compelled to buy from the local market. Then as the local market is able to meet that 30%, then graduates to maybe 35 or 40% till we reach maybe 50-60% parity. So that they bring 40%, and we also produce 60%, and then we are all in business and will do well. Then we would have kept those who were working with the importers in business, and then we would also have expanded our business and employed more people.”

The Business Insider reports that Ghana currently imports over US$?300 million (about 180,000 mt) worth of chicken annually, or the equivalent of 5 million chickens each week. The country’s own production equates to about 58,000 mt whereas national demand is about 400,000 mt.
The Ministry of Food and Agriculture in November last year banned the importation of poultry products from the Netherlands, Germany, Russia, Denmark and the United Kingdom.
This followed the outbreak of Highly Pathogenic Avian Influenza subtype H5N8 in those countries. Some products that were affected by the ban included day-old chicks, hatching eggs, frozen chicken, poultry products and poultry feed. Source: Introduce quota system to boost sale of local poultry products – Poultry farmers to government – BusinessGhana