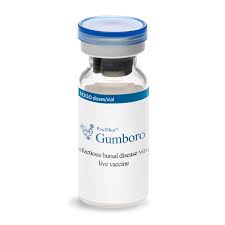 Brazilian livestock producers have been using their stocks since March, but supply could be a problem in the third half of 2020. The Brazilian National Union of the Industry for Animal Health Products (Sindan) has warned that producers might be dealing with a lack of veterinary medicines in the third half of this year, despite the fact that hey have been operating normally during the first few months of the pandemic. Sindan held a survey among its associated members in June, 52,2% of whom reported difficulties on importing active ingredients during the pandemic. They also expect prices to rise in the upcoming months because a large part of the ingredients are imported.

Covid impacts poultry drug imports: “This sector has been seriously impacted by the pandemic. We had problems importing medicines such as ivermectin, abamectin and doramectin, which are important for cattle, and antibiotics for pig and poultry,” Sindan president Emilio Salani said.

23 of the 82 associated companies took part in the Animal Health Industry Thermometer survey, and more than 95% of respondents said that their factories operated normally, using their stocks and following new safety protocols during the pandemic.
Extra cost may be passed on to producers: According to Salani, the market imbalance, caused by the crisis, also caused an unexpected increase of costs due to exchange rate variation and operational, logistical expenses that will affect farmers. “This scenario should force prices of veterinary medicines to realign in the third half of the year. Sindan’s members are already evaluating whether or not they will have to pass on the cost to producers,” Salani added.
2020 targets at risk: In any case, the quarantine affected sales and should have a negative impact on the results for 2020. 78,3% of the executives interviewed stated their companies would not reach their goals for 2020.
The research also highlighted less contact with customers (56,5%) and employee motivation due to uncertainty (47,8%) as obstacles. Despite these results, sentiment in the sector is still optimistic, to some extent. Although 52,2% are neither optimistic nor pessimistic about the status quo, 26,1% say they are optimistic, whereas 21,7% are pessimistic. Regarding the future, 39,1% expect to emerge stronger from the crisis.