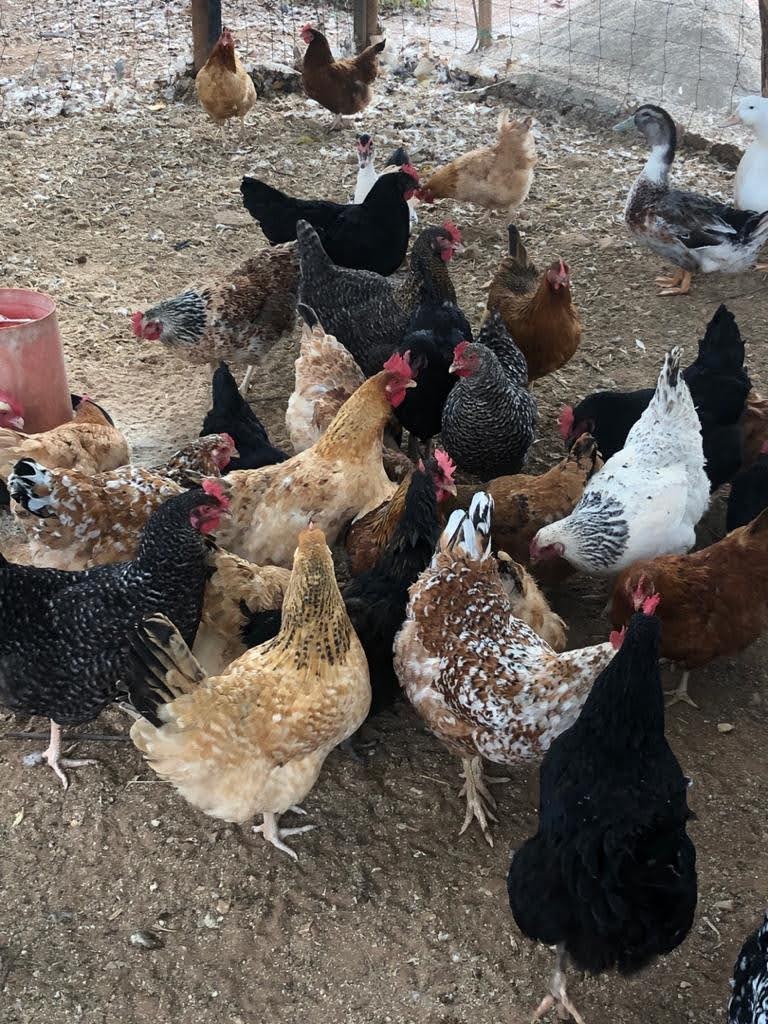 Bwami Gausi claims to have lost 1,500 chickens within a year due to a strange illness of which he had no ideas regarding possible treatment. The development meant that he lost about $7,500 of potential revenue. Gausi is a Malawian farmer based in the central region district of Ntcheu.
At his base operation are about 500 chickens and 200 ducks, both of African breeds. At this level, Gausi attracts a lot of admirers and his place is never short of visitors interested in learning from him.
“I have lost about 1,500 birds due to Newcastle and other strange illnesses” he says. He explains he could only identify Newcastle because it has happened often in the area over the last decade. “For the other illnesses, I could only see swollen and watery eyes mostly” he continued. Asked on how he dealt with the “strange” illnesses, the farmer said it was all about guessing. “I have used nthula (wild berries) and phulusa (wood ash) to no avail.”
He says, however, similar concoctions have worked before in dealing with Newcastle disease previously. He attributes his ordeal to the scarcity of veterinary extension services in the country. Across the border, in Tete, Mozambique Joseph Tishinga manages about 2,000 broilers. He has been in business for about three years and supplies chickens to hotels and restaurants in the city.
Contrary to Gausi, Tishinga plies the business in an urban setting where there are a lot of veterinary service professionals.

Tishinga claims that the service is costly to most up and coming farmers. “This gives established hatcheries and farms a higher leverage over us. If you compromise on the health of your birds, then you have lost it all,” he says. He said the development makes local farmers go for cheaper options such as herbal concoctions and liquor.

The story is different for Dwyne Knight, an upscale farmer with an established hatchery and farm in Lichinga, Mozambique. Dwyne Knight’s hatchery. “Here where I am I don’t have any diseases issues. I rest my sheds for 3 weeks and clean with high pressure washer and disinfectant. I do not allow any vehicles in my chicken areas,” he said. He says he tries to keep minimal external influences in his farm.
A veterinary expert, Hastings Chongolo, admits that there a lot of gaps in Veterinary extension services. “Less than 20% of farmers have access to veterinary services and these are mostly in the urban settings. It means that the majority of farmers approach animal diseases on trial and error basis,” he said. He added that the challenge becomes worse due to high illiteracy and low uptake of digital information as most farmers fail to make use of information already available. The poultry industry is among the biggest and most promising emerging economic sectors in southern Africa. Source: poultrysite