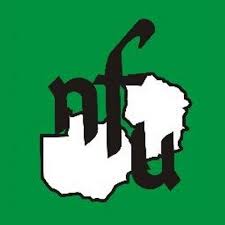 The Zambia National Farmers Union held its 114th Annual congress on the 22nd October 2019 at Mulungushi international Conference centre. The Annual Congress was graced by the Republican President Dr. Edgar Chagwa Lungu, who was accompanied by the ministers of Fisheries and Livestock, Professor Nkandu Luo and Minister of Agriculture Mr Michael Katambo. The Congress was attended by the farming communities, specialized associations and Corporating partners. Hey outstanding statements were made at these congresses which are of significant important to the livestock sector as below
1. Government to allows Zesco import 300 Megawatts of power from south African to facilitate the growing of winter crop
2. The Republican President indicated that government was committed to conclude the discussion over the winter maize with the possibility of exporting the winter maize if the domestic market would not demand for it
3. The government urged the farmers to take advantage of the memorandum of understanding signed between Zambia and DRC on the exports to maize and maize products.
4. He also urged farmers to explore possibility of expanding production in the face of the African continental free trade area which is currently under discussion
5. On stock theft, the republican president indicated that there were amendments being carried out on stockthelf and he would ensure that stiffer punishments are recommended for the culprits
6. The president also directed the minister of agriculture to ensure that bran is not exported at the expense of the local livestock sector
At this congress, elections were also held for various positions which included the ZNFU Trustee, Commodity representatives, and women farmers’ Forums chairperson among others.