BEIJING, June 8 (Reuters) – China will impose temporary anti-dumping measures on Brazilian broiler chickens from June 9, the commerce ministry said on Friday, after finding in a preliminary ruling that its domestic industry has been substantially damaged by the imports. Local firms buying Brazilian chicken will be required to pay deposits ranging from 18.8 percent to 38.4 percent of the value of their shipments, the ministry said in a statement. The measures cover products supplied by top Brazilian exporters JBS and BRF. Brazil accounted for more than 50 percent of broiler products supplied to China, the world’s No. 2 poultry consumer, between 2013 and 2016; the commerce ministry said when it announced a probe of the imports last August.
It added that while there was a positive trend in some areas of the domestic industry, selling prices and profits fell, and stocks increased, with the industry losing money. The findings and the anti-dumping measures will be another blow to Brazil and its poultry exporters, which are still recovering from the fallout of a food safety scandal. Last month, top global chicken exporter BRF said rising grain prices and trade bans in key markets have stymied management efforts to return the company to profit. The probe’s findings also come as the United States pushes to regain access to the Chinese poultry market as part of ongoing trade talks.
Broiler prices in China have significantly recovered since last year, when they fell to decade-lows after hundreds of people died from contracting the H7N9 bird flu virus. Farm gate prices of live chickens in eastern Shandong province, the country’s biggest producing region, are around 8 yuan ($1.25) per kg, up substantially from last year’s low of 3.5 yuan per kg. Li Jinghui, managing director of the China Poultry Association, declined to comment on the news. An anti-dumping deposit levied on sorghum from the United States in April caused chaos in the grains trade, with dozens of cargoes stranded as importers tried to resell to other markets to avoid paying the tariffs. Source: Reuters 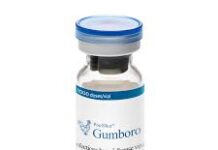